Three Palms Productions is happy to announce the premiere of our new documentary, Helen LaFrance: Memories at the Norton Museum for the Palm Beach International Mini Movie Film Festival.
Helen LaFrance's 100th birthday was celebrated on November 2nd in Mayfield, KY.  and was covered by the New York Times, Washington Post, Miami Herald, and the Philadelphia Inquirer among numerous other publications. At the party was a private screening of the film, which recognizes her as a modern American woman artist. 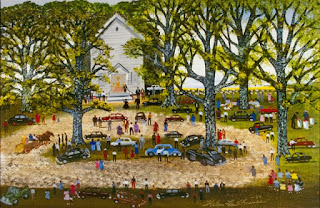 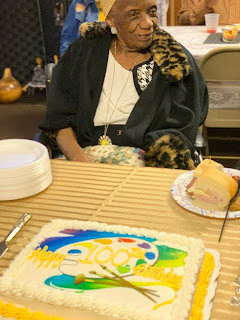 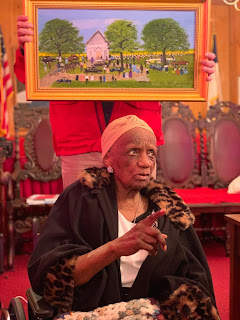 Please join us at the Norton on December 9th at 6:30 pm. For tickets and other inquiries please contact the Norton Museum of Art, or visit their website: https://www.palmbeachlwp.com/news/mini-movie-film-fest-12-9-19-at-norton/.To view, the film trailer, click here: https://www.youtube.com/watch?v=vU2tuiu1vis.
Posted by Just Looking at 12:14 PM